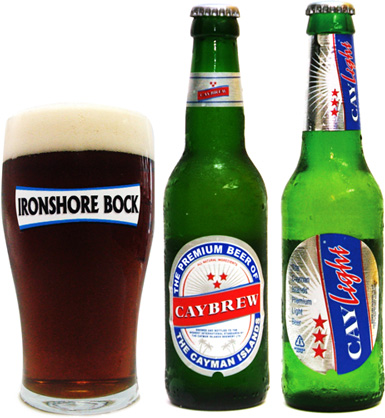 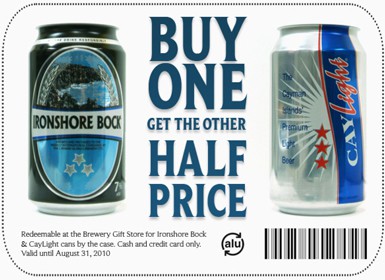 Did you know that more than 45 different brands of beer are brewed in the Caribbean? And it is with great pride that Cayman can say they have the #1 beer of them all! In the recent Caribbean Rum and Beer Festival in Barbados, the Cayman Islands Brewery (CIB) took away the first place gold in the Caribbean Alcoholic Beverage Awards with Caylight. Their original brand, Caybrew also came away a winner with the third place bronze medal.

During the event, the public had two days to sample all the beers from around the Caribbean. The judging itself, which took place on 20 November 2010, was a blind tasting, so as to provide a level playing field for the entries.  The beers were evaluated on four criteria: appearance, aroma, taste and overall impression. In the end, the panel of six judges, including four international industry afficionados, announced their verdict, and CIB came away with two winners! The second place silver award was presented to Heineken Beer from Windward & Leeward Brewery, St. Lucia.

You, too, can taste this award winning beer at Taste of Cayman! Be sure to look for the Cayman Islands Brewery tent at the festival, where they will have all three of their beers--Caybrew, Caylight and Ironshore Bock--on tap.

The secret of Caybrew, CayLight and Ironshore Bock (ISB) involves some of the most ancient brewing and manufacturing arts known to man; combine this with the most current state of the art brewing technology to date and this is The Cayman Islands Brewery.

Caybrew has already won a prestigious Monde Gold award and quickly becoming the fastest growing beer in the Cayman Islands, Caybrew, Caylight and Ironshore Bock are brewed to the highest international standards.

Finding our brands is easy.  Just visit any of your favorite Liquor Stores or Restaurants and Bars.

The Cayman Islands Brewery is open Monday through Friday from 8:30am until 5:00pm.

Brewery tours are available every Monday trough to Friday on the hour from 9 am to 4 pm. Private tours can be arrange for bookings over 10 persons in the evening. These informative tours include samples of all the products, and are conducted by knowledgeable members of the brewing staff. Ring ahead for bottling days for the main experience. The Gift store is also open during these times selling exclusive Caybrew and Caylight items.

The Cayman Islands Brewery can also be found in these related categories within Ecayonline: